There Are Three Components To A Powerful Year

Every year I set a theme for myself and then personally facilitate a class for others I call Setting Your Theme for the coming year.

Setting Your Theme is a virtual class and this year it begins January 6th 2019. Before I invite you to join me…

There Are Three Components To A Powerful Year

For as many years as I can remember, the most meaningful years always occurred when I set a theme. And no matter what challenge I faced, I simply stepped into the energy of my theme and it was exactly what I needed.

In 2002, I chose LOVE as my theme. My father died in the first few weeks of the New Year. In every painful step, I chose Love and it chose me. People showed up to help and guide me. I experienced Love that year more than any other – from my father’s friends to new relationships I formed. It was the theme of Love that showed up – albeit in an unexpected way.

I arrived at LAX on New Years Day as my father was being rushed to the hospital in New York City and got the last seat on the plane.

Another passenger offered to share her limo into the city with me to get to my father faster.

The limo driver turning to me after my new friend was dropped off and said – “I listened to you speak of your love for your father. I felt it. I want to be a part of that. Please accept my gift of love to the two of you. Let me take you to him.” He drove me to the hospital and when I tried to pay him he refused any money. – And, so it went. The Love had begun.

I became known in my circle of friends as being focused, clear and intentional. Some of them even commented how things just seemed to happen for me – that I was lucky!

… When I shared my method – that I set a theme every year – my friends asked me to show them how.

This began a small, yearly gathering that I called Setting Your Theme. As people had astounding results – releasing weight, clearing clutter, landing the job they dreamed of, getting rid of the job they once dreamed of – and attained personal and creative success – the gathering grew.

A THEME is the missing link between an intentional year and a meandering one.

A theme is not:

An intention does not have a time clock.

Q: Are an intention and goal interchangeable? Like I intend to be a doctor is the same as a goal of becoming a doctor?

A: It can be. Yet, there is an energetic force behind an intention. If we go by that idea, you can fail at a goal, but you cannot fail when you set an intention. The criteria is different.

Q: But,  if you set an intention to become a best-selling author this year, and don’t reach it? That’s a failure.

A: Wait, this is not an intention, it’s a goal. The idea of failure does not exist in an intention – as you cannot fail at what you came here to do.

The purpose of a goal is who you become in the process of the path – like becoming a doctor. That’s a goal – and on the way to the goal, you transform through the experiences you take on.  – and in that sense a goal has a direct, clear path and has a route to getting where you want to go.

People experience failure when they set a milestone rather than a goal.

Most people will set a milestone and not a goal. They will shortchange themselves and not reach their destination or when they do it will feel hollow. This is created by not knowing how to get where they want to. There is one simple thought they’re missing, and once it’s filled in… GAME CHANGER!

P.S. The easy steps to get the three components of Theme, Intention and Goals in harmony is what my Setting Your Theme course is all about (besides being tons of fun!).

P.P.S. My SETTING YOUR THEME course is NOW OPEN for Enrollment – JOIN HERE!

P.P.P.S. SPECIAL OFFER – Save $100 and get access to ALL my past club downloads too!

There are no upcoming events at this time.

We're not around right now. But you can send us an email and we'll get back to you, asap.

2018 – My Theme Was Kindness And Showed Up Through My Dog’s Deathblog, Breakthrough, Tori Thoughts 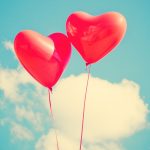 The Difference Between Empathy and Pityblog, Tori Thoughts